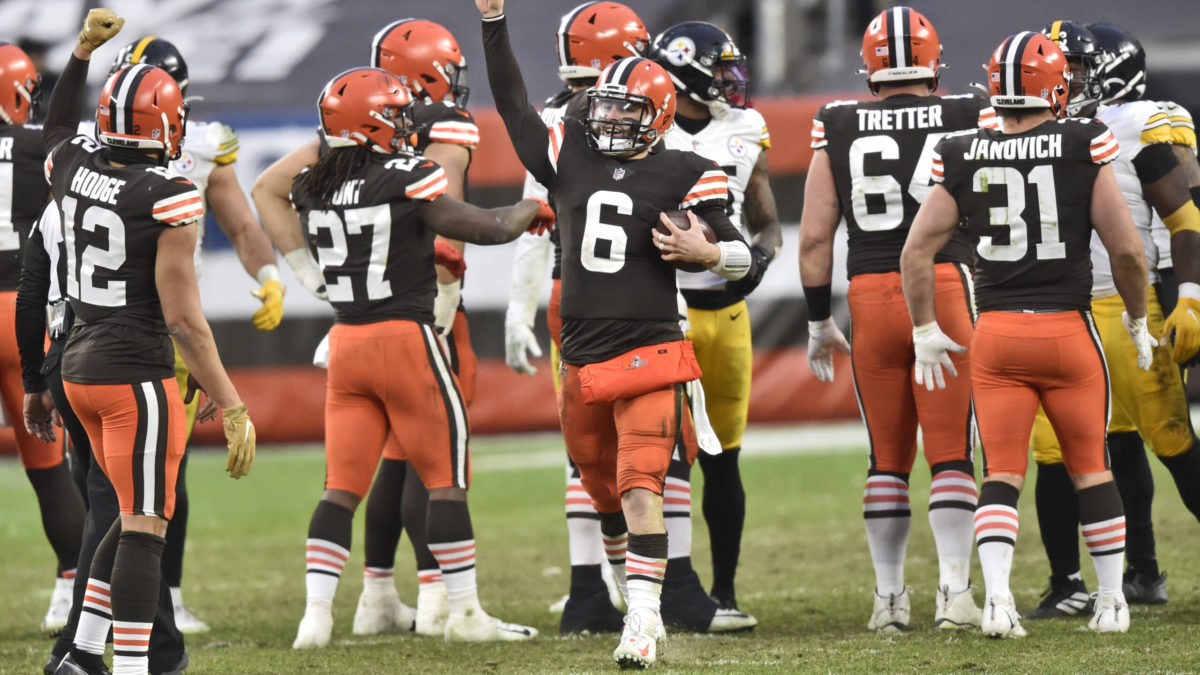 For the first time since 2002 the Browns are headed back to the NFL Playoffs after beating the Pittsburgh Steelers 24-22 in Cleveland on Sunday.

Baker Mayfield threw for 193 yards and a score and also rushed for 44 yards in the win. Austin Hooper was on the receiving end of Mayfield’s TD toss.

Nick Chubb led the Browns rushing attack with 108 yards and 1 touchdown, while Jarvis Landry also scored on his only run of the game. As a team, the Browns gashed the Steelers defense for 192 yards on the ground.

M.J. Stewart made the defensive play of the game for Cleveland intercepting a Mason Rudolph pass late in the third quarter and the Browns turned that into 7 points and a 24-9 lead that they held on to for the their 11th win of the season.

The Steelers, who did rest a lot of key players, including quarterback Ben Roethlisberger, are limping into the playoffs, losers in 4 of their last 5 games to finish the season (12-4). But as AFC North champs, they are the #3 seed in the AFC Playoffs and will host the #6 seed, the (11-5) Cleveland Browns next weekend. It’ll be the third time in the history of these two rivals that they will meet in the postseason. The Steelers won the previous two meetings in 1994 and 2002.