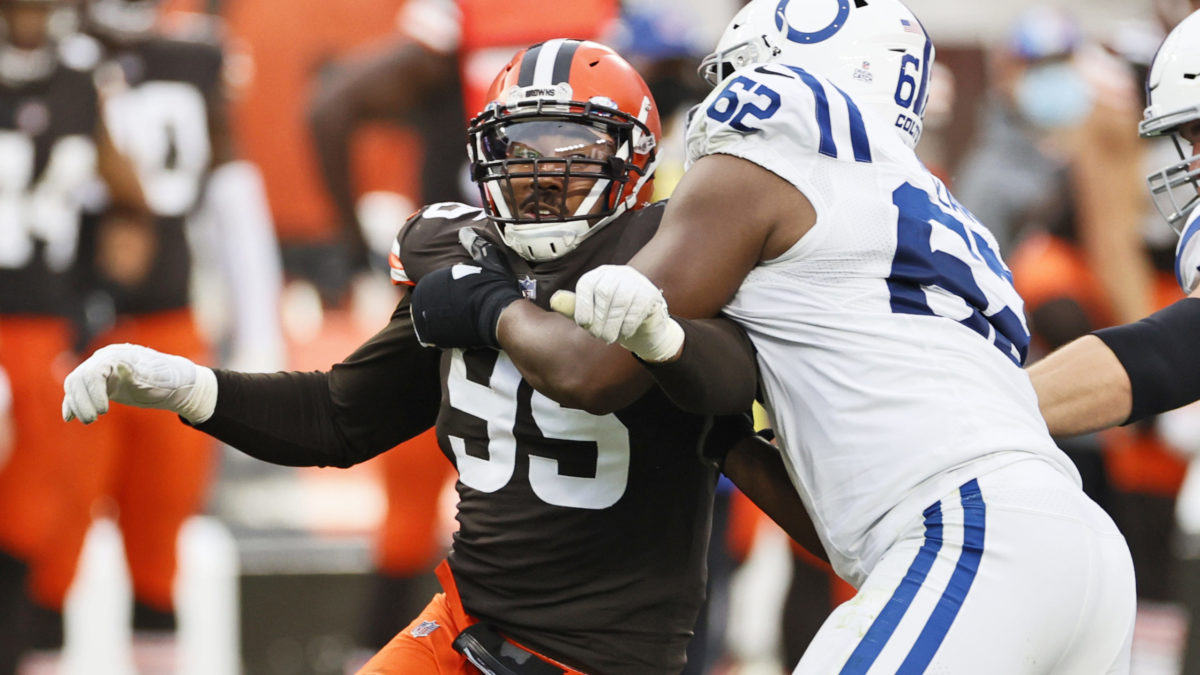 Garrett recorded six sacks, two forced fumbles, 14 tackles and two strip-sacks. He led the NFL in sacks (six) and sack yardage (53.0) in October, while tying for the NFL lead with two strip-sacks. He recorded a sack in every game in October and extended his streak to six consecutive games with at least one sack, a Browns record and the longest active streak in the NFL. Garrett is leading the NFL this season with nine sacks and four strip-sacks and is tied for the league lead with four forced fumbles, while the Browns are leading the NFL with 14 total takeaways.