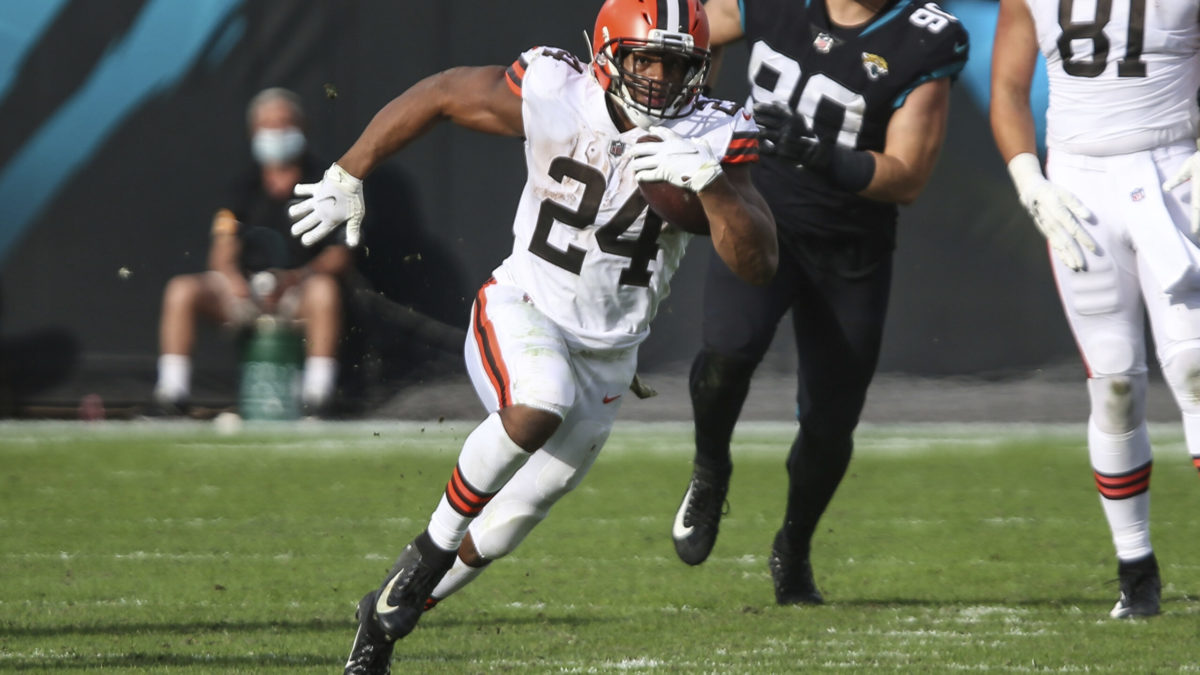 Browns Hold On For Win at Jacksonville

Nick Chubb ran for 144 yards and a touchdown, Jarvis Landry caught 8 passes for 143 yards and a score, and Baker Mayfield, who was inconsistent at times, still threw for 258 yards and 2td’s without a turnover, as the Browns held off the pesky Jaguars 27-25.

After scoring a touchdown late in the 4th quarter, Jacksonville’s two-point conversion attempt came up short and so the Browns improved to (8-3) on the year and they are all alone in second place in the AFC North. They also hold the number one wildcard spot, for now, in the AFC.

Next up for Kevin Stefanski and the Browns, a road game at Tennessee who is also (8-3) on the year.

You can hear that game next Sunday at 1pm on News-Talk 1480 WHBC.