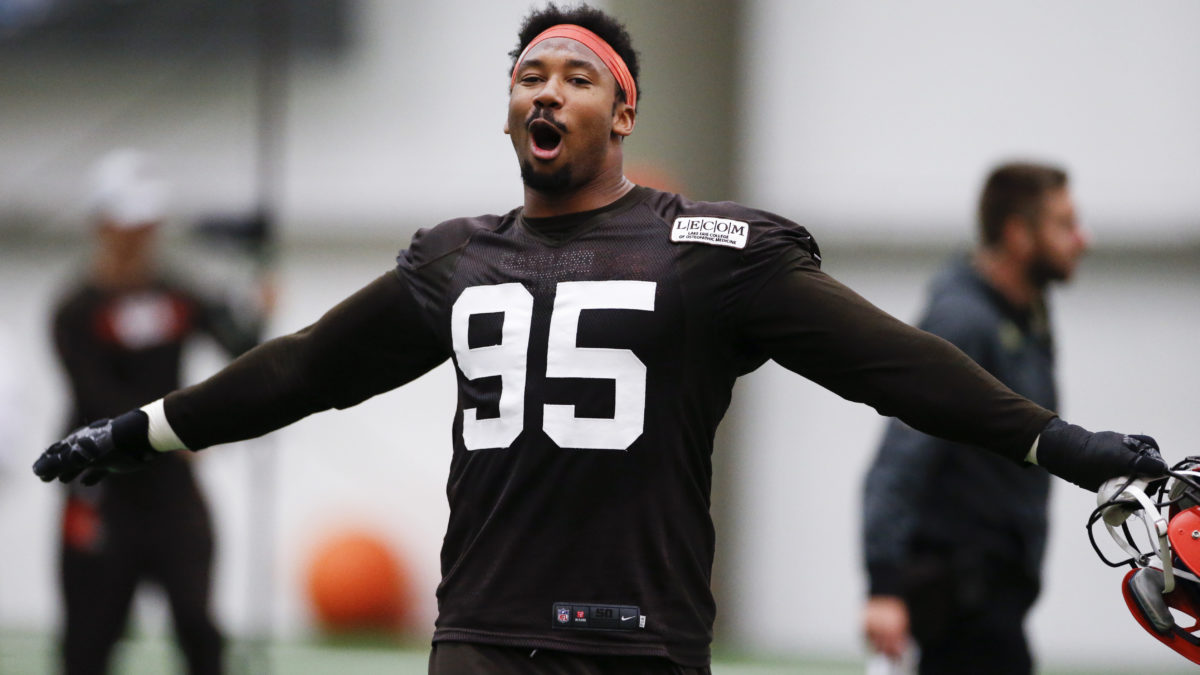 Browns Pick Up Contract Options For Garrett And Njoku

The Browns on Monday exercised the fifth-year options on the contracts of Myles Garrett and David Njoku.

The 2017 first-round picks will now be under contract through the 2021 season.

Garrett, the former No. 1 pick, has accumulated 30.5 sacks over the past three years, including 10 in 10 games last season. The 2018 Pro Bowler has started 35 games while accumulating 104 tackles and forcing six fumbles.

Njoku, whom the Browns selected 29th overall in 2017, has appeared in 36 games with 20 starts over three seasons. His 2018 campaign was his best, as he caught 56 passes for 649 yards and four touchdowns. Njoku spent the majority of the 2019 season on injured reserve after suffering a wrist injury in the team’s Week 2 win over the Jets.