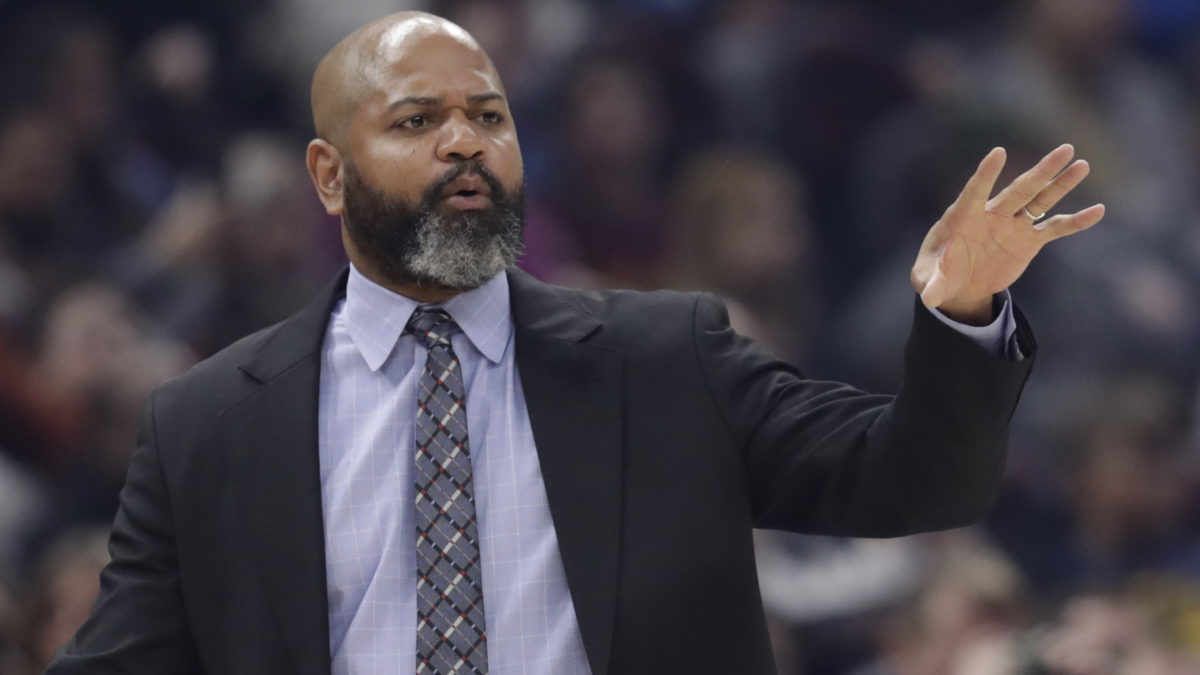 Bickerstaff was named head coach of the Cavaliers on February 19, 2020, the team’s 23rd head coach in franchise history. This season, he has led the Cavaliers to the fifth-best record in the Eastern Conference at 19-13 and the franchise’s best 32-game start since 2017-18 (23-9). Cleveland has recorded 12 of their 19 victories against teams with a winning record and their 14 wins by at least 10 points trails only Golden State (18) and Utah (17). Under Bickerstaff, the Cavaliers have the NBA’s third-best defensive rating this season (103.5) while also holding opponents to the second-lowest scoring average in the entire league (101.4). Additionally, the Wine & Gold are 10-6 (.625) on the road, which ranks fifth in the NBA. The team already has more road victories this season than any of their previous three campaigns, and their 19 overall wins is just three shy of matching last season’s total.

“J.B. Bickerstaff is, with all certainty, the right head coach to lead this franchise into what we believe is a very promising future,” said Altman. “The decision to extend J.B. is not based solely on the early success of this season, but rather a body of work since his arrival to Cleveland. His leadership style, coaching experience and commitment to player development has instilled a growing confidence that resonates across our entire organization. We continue to see innovative and strategic examples of his impact on this roster, coupled by his unique ability to build upon a culture that leads to sustainable success.”

The Cavaliers have faced one of the NBA’s toughest strength of schedules, playing 25 of their 32 games against teams that made the playoffs or play-in tournament last season. Cleveland has had at least a 10-point lead in 24 contests and have registered three separate win streaks of at least four games this season, including a season-high six-game win streak from December 8-18, their longest since a franchise-record tying 13 consecutive victories from Nov. 11-Dec. 6, 2017. From Nov. 29- Dec. 3, the Cavaliers swept a three-game road trip against teams with winning records (Dallas, Miami, Washington), marking just the first time since December 1975 that Cleveland swept a road trip of three games against teams with a .500 record or better.

Cleveland has the NBA’s third-best record since Nov. 27 at 10-3. Their last 10 wins have all been won by 10 points or more, the franchise’s longest streak of consecutive wins by double-digits since Nov. 13-Dec. 9, 2008 (12 straight wins by 10 points or more). On the season, the Cavaliers have the fourth-best points per game differential in the league at +5.4, which is also the highest mark in the Eastern Conference.

Bickerstaff, 42, originally joined the Cavaliers as the team’s associate head coach prior to the 2019-20 season. Before coming to Cleveland, he was the Memphis Grizzlies head coach for the 2018-19 season, following serving as the interim head coach for the final 63 games of the 2017-18 Grizzlies campaign. He also spent five seasons as an assistant with the Houston Rockets (2011-2016), where he was elevated to interim head coach early in the 2015-16 season and guided the Rockets to a 37-34 finish to close the season with a postseason berth, as well as an assistant with the Minnesota Timberwolves (2007-2011) and Charlotte Bobcats (2004-2007).