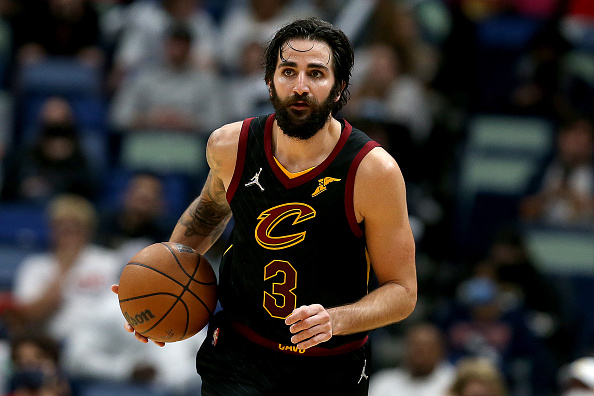 “Our focus during this offseason has been centered around making this team better and finding the best talent to help strengthen this roster,” said Altman. “When you think about the impact Ricky had on our team last season, his addition became a priority to bring back to Cleveland.  We also feel Robin and Raul are both high character guys who have played a great amount of meaningful basketball and will bring the right balance of seasoned experience and depth to our emerging young core. We are excited for Ricky’s return and welcome Robin and Raul to the Cavaliers family.”

Rubio (6-3, 190) has appeared in 665 games (601 starts) with Minnesota, Utah, Phoenix and Cleveland, holding career averages of 11.1 points, 4.2 rebounds, 7.6 assists and 1.80 steals in 30.3 minutes. He played in 34 games (eight starts) for Cleveland last season, averaging a career-high tying 13.1 points, 4.1 rebounds, 6.6 assists, and 1.44 steals in 28.5 minutes before missing the final 48 games with a season-ending ACL tear. On Dec. 13, 2021 vs. Miami, Rubio became one of 12 active NBA players to record 5,000 career assists. Rubio also recorded a career-high 37 points, shooting 8-9 (.889) from the three-point line, 10 assists and three rebounds in 31 minutes off the bench on Nov. 7 at New York, becoming the first player in NBA history with at least 30 points, 10 assists and eight three-pointers in a game off the bench. He also became the first player in Cavs team history to make his first eight three-point attempts of a game [via Elias Sports Bureau]. Rubio was traded to Indiana after his injury in a deal that brought Caris LeVert to Cleveland but did not appear in a game for the Pacers.

Originally drafted by the Timberwolves with the fifth overall selection in the 2009 NBA Draft, the 11-year NBA veteran was a 2012 NBA All-Rookie First Team selection. Rubio currently has the 12th-most assists among active NBA players (5,045) and has averaged more than 6.0 assists in 10 of 11 NBA seasons. He has also made two playoff appearances with Utah in 2018 and 2019, averaging 14.6 points, 5.5 rebounds, 7.7 assists and 1.82 steals in 33.6 minutes. A longtime member of the Spanish National Team, Rubio has played in three Olympics (2020, 2016, 2008), winning silver 2008 and bronze in 2016. At the 2020 Olympic Games in Tokyo, he scored 38 points against the United States, breaking the record for most points scored against USA during Olympic competition. He also led Spain to a gold medal in the 2019 FIBA World Cup.

Neto (6-2, 180) appeared in 70 games (19 starts) last season for the Washington Wizards, averaging 7.5 points, a career-best 3.1 assists and 1.9 rebounds in 19.6 minutes. As a starter last season, Neto shot 16-39 (.410) from beyond the arc and scored in double figures on nine occasions. Selected with the 47th overall pick in the 2013 NBA Draft by the Atlanta Hawks, Neto has played seven NBA seasons with Utah, Philadelphia and Washington, appearing in 387 games (98 starts) in his career, as well as 27 postseason games (three starts). Prior to coming to the NBA, he played professionally in Brazil and Spain from 2008-15. A native of Brazil, Neto competed in the 2012 and 2016 Olympic Games as a member of the Brazilian National Team.