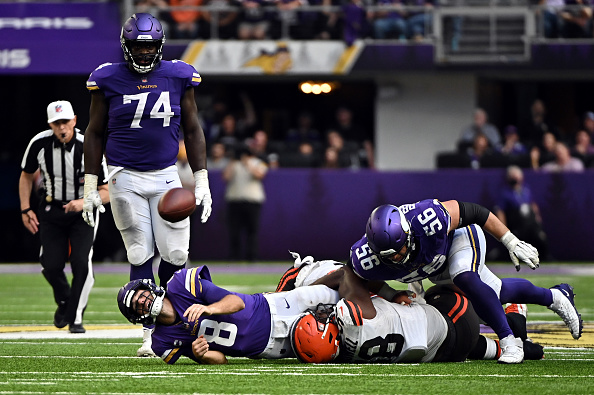 A second great defensive performance and big time special teams play led the Cleveland Browns to a 14-7 win over the Vikings in Minnesota.

The Browns defense held the Vikings to 65 yards rushing, sacked Kirk Cousins twice and Greedy Williams came up with his first career interception.

On special teams, kicker Chase McLaughlin connected on field goals of 48 and 53 yards while making his only extra point and the Browns were able to convert on a two point conversion following their only touchdown of the game, a 1 yard run by Kareem Hunt.

The loan bright spot for the Cleveland offense was the ground game, as they were able to run for 184 yards as a team.  Nick Chubb led the way with 100 yards on 21 carries.

Baker Mayfield did not play well, completing only 15 of 33 passes for 155 yards and was sacked 3 times.

With the victory, the Browns improved to (3-1) on the year and remain tied for first place in the AFC North with the Bengals and Ravens, who both were victorious this weekend.

Next up for the Browns, a road game in LA against the Chargers Sunday at 4:05 PM.