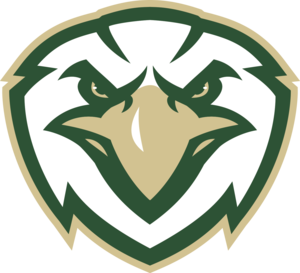 Familiar Face Back on Eagle Sideline

Plain Local Schools is pleased to announce the appointment of Scott Garcia as the new head football coach at GlenOak High School. This comes after a vacancy in the position was announced on December 1, 2020 when, Beau Balderson made the decision to step down as a coach for the Golden Eagles. The decision came after a two-season run for Balderson in the role of head
coach. While Scott Garcia also serves as Athletic Director for GlenOak High School,  the role of varsity football coach is a familiar one, Garcia previously served in the role from 2008-2018, during which time he became the winningest coach in GlenOak History with a record 76 wins. Garcia’s list of accomplishments does not end there. He led the Golden Eagles eight times to the State playoffs, had four seasons as Federal League Champions and three as Federal League  runners-up. He was named Federal League Coach of the Year in 2009, 2011,
and 2014 and was Stark County Coach of the year in 2009. Superintendent Brent may shared, “Scott has done an excellent job of Athletic Director over the past two years. I am excited to have his passion and energy back on our sideline.”  Mr. May also expressed his gratitude and thanks for Beau Balderson, “he has worked extremely hard and dedicated endless hours to the football program”.

Scott Garcia will assume the role of varsity football coach immediately and is excited to get to work with his team. He knows there is a lot of hard work ahead of him but he is excited for the task. Garcia shared, “I am beyond excited to not only be back in coaching, but to do it here is special to me. I have been involved in this program in many different capacities through the
years and we will get this program back to where it belongs. Our focus will be on discipline, trust, attitude, and relentless effort. We will be hiring a staff that
will work tirelessly with our young men in all aspects of their life. Thom McDaniels had a sign in his locker rooms that read, ‘How we behave is as important as how we play.’ That sign is ordered and will be posted immediately. I am 100% recharged and ready for this challenge. Go Eagles!”