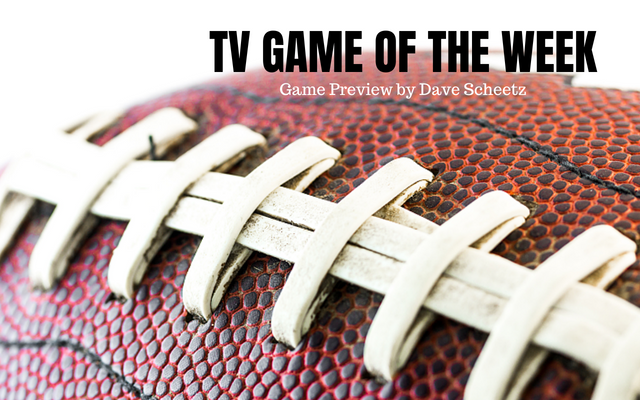 After getting their first win of the young season last week, the GlenOak Golden Eagles hit the road this Friday night as they open Federal League play at North Canton against the Hoover Vikings. The GlenOak at Hoover game is our Aultcare TV Game of the Week.

Last week, GlenOak (1-2) was a winner over Royal Imperial Collegiate (0-3) from Ontario, Canada, 47-12. It was a special win for GlenOak head coach Scott Garcia. In twelve seasons with GlenOak, Garcia has now won 76 games, surpassing Bob Commings’ win total of 75. Garcia has a 76-47 record at GlenOak while Commings went 75-47. After starting the season with a 41-10 loss at Toledo Whitmer, the Golden Eagles came home to face Massillon in Week #2. The visiting Tigers proved to be too much, running away with a 49-0 win. After last week’s 35 point win, the Golden Eagles are now averaging 19 points per game while the defense is giving up 34 points per game.

The home team this week, Hoover, suffered their first loss of the season last week, losing to Akron East 24-17. That loss followed wins at Brush in Week #1 33-14 and in Week #2 at home over Louisville 30-14. It’s the second straight year Hoover has lost to East, falling last year 27-20. In this match-up, the Hoover offense totaled just 264 yards while the defense gave up 342 yards to the visitors. East was able to slow down the Vikings’ rushing attack, holding Hoover to just 72 yards on 31 attempts.

Hoover did have a chance to tie the game in the final seconds but came up short of the goal line twice with two short rushing plays. Vikings’ sophomore quarterback Connor Ashby completed 16 of 33 passes for 182 yards. However, both of Hoover’s touchdowns came on the ground, an 8 yard run by Adam Griguolo, and a 1 yard run by Ryan Prusinowski.

But as fans of Stark County football know, the real season starts this week as most area teams begin league play. And, both GlenOak and Hoover want to get things headed in a positive direction when they meet in our Aultcare TV Game of the Week! We’ll see you in North Canton this Friday night.