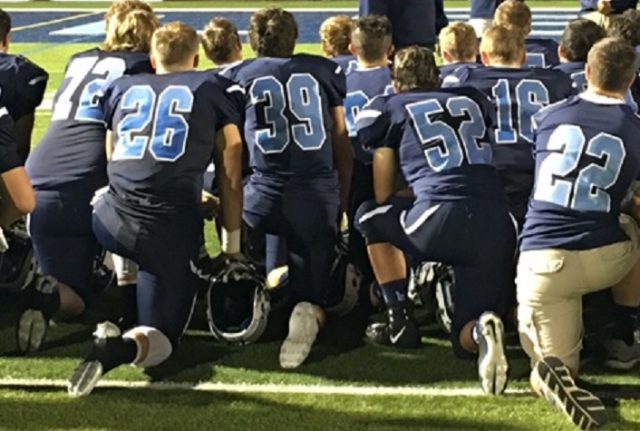 LOUISVILLE (News Talk 1480 WHBC) – Just three weeks after his first season as the head coach at Louisville High School, head coach Jeff Twiddy has announced his resignation. As first reported by WHBC’s Jon Bozeka, the first year head coach will end his career with Leopards after going 5-5 this season.

The school released a statement saying, “Jeff served as head coach of the Leopards for one year, and we thank him for his commitment to the program and Louisville community during this time. Being a head coach is demanding and Jeff has given a lot of time and energy to the football program this year. We wish him well in his future endeavors. The school district will begin the search for a head coach immediately.

For the second straight off season, Louisville is now in the market for a new head coach. They hired Twiddy last year after parting ways with long time coach John DeMarco, who served at the head of the program for nine seasons after being an assistant for 10 years.

The Louisville head coaching job is now the second opening of its kind in Stark County, with the other being at Northwest.