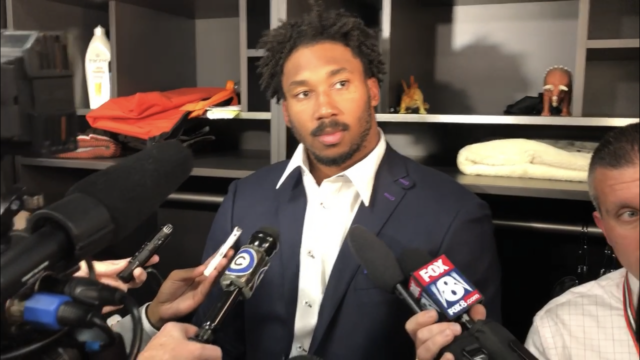 Garrett is still serving his indefinite suspension that was dealt to him on November 15 for an incident that involved him ripping off the helmet of Steelers quarterback Mason Rudolph and hitting him in the face with it.

In addition to the suspension, which ruled him out of the Browns final six games of the 2019 season, Garrett was fined $45,623 and lost $1.14 million in game checks.

No time table has been set as of now for Garrett’s return. However, reports indicate that there is a strong chance that the ban could be lifted soon. The Browns off season workout program beings on April 6. Once reinstated, Garrett will have the option to attend the non-mandatory practices.