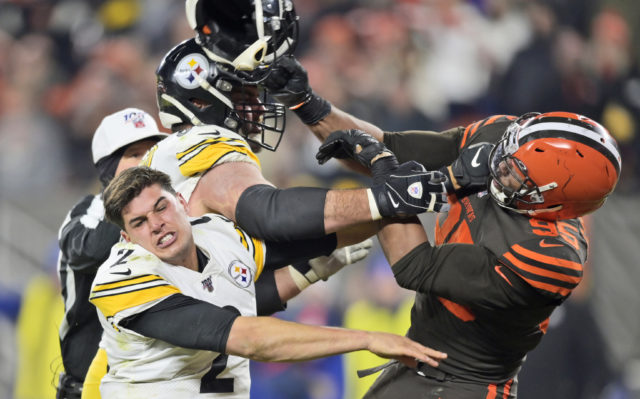 Rudolph To Start At QB For Steelers Versus Browns

Steelers head coach Mike Tomlin announced during his Tuesday press conference that Mason Rudolph will start at quarterback for Pittsburgh in the season finale Sunday at Cleveland.

Starting quarterback Ben Roethlisberger will get the day off, and Tomlin also said he may rest more starters.

It will be the first time that Rudolph will play against Myles Garrett since Garrett swung a helmet at Rudolph and hit him in the head during  a game last year Cleveland. Garrett was ejected from the contest with seconds left, fined and suspended for the final 6 games of the 2019 season.

The Browns are battling for their playoff lives and have multiple ways they could get into the postseason, but the easiest way for Cleveland to clinch it’s first playoff berth since 2002 is to beat the Steelers and finish (11-6). It’s as simple as win, and your in.

You can hear the game Sunday at 1pm on News-Talk 1480 WHBC with Jim Donovan and Doug Dieken calling the action.