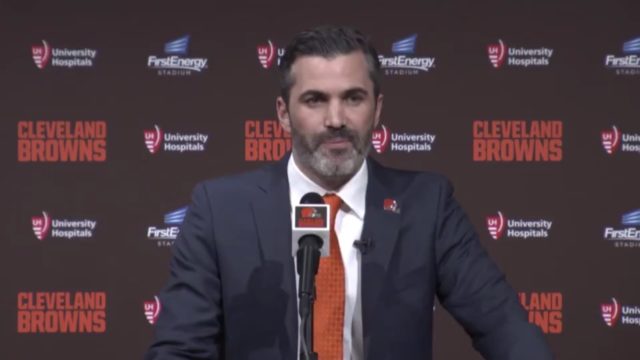 The Pro Football Writers Of America have spoken, and from what they saw all season long, they felt that Browns first year head coach Kevin Stefanski was the best coach of any team in the NFL during the crazy pandemic season.

The PFWA selected Stefanski as their Coach of the Year for 2020 for taking the Browns from a 6-10 record a year ago, to an 11-5 mark this season, and to the playoffs for the first time since 2002.

Stefanski’s success didn’t stop there though, as the Browns would go on to beat the Steelers in the first round of the playoffs for their first playoff win since 1994.

Stefanski is the first Browns coach to win the award since Marty Schottenheimer took home the honor back in 1986.