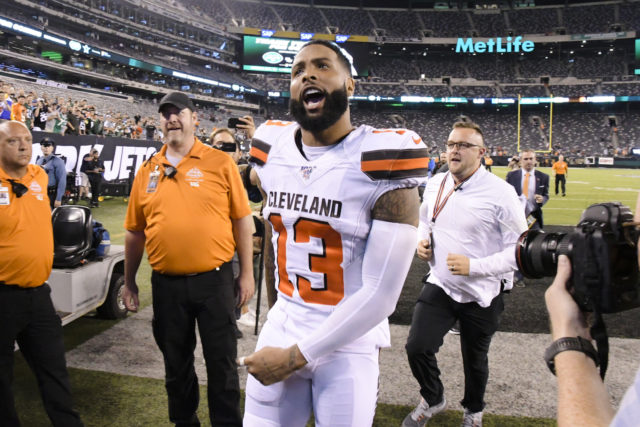 CANTON (News Talk 1480 WHBC) – Just a few days after a warrant was issued for the arrest of Odell Beckham Jr. for an incident that took place in the LSU locker room after Monday’s National Championship game, reports have surfaced this afternoon that the charges will be dropped.

Nola.com says the Superdome police officer whose butt was slapped by OBJ has decided he will not press charges against the Browns star receiver. The incident had gained attention after a video of it was posted to social media.

The 48 year old Police officer singed an affidavit saying he did not wish to press charges against Beckham Jr. The warrant for the pro bowl receivers arrest could now be rescinded, considering the victim of OBJ’s actions has indicated that the incident was not a criminal matter.