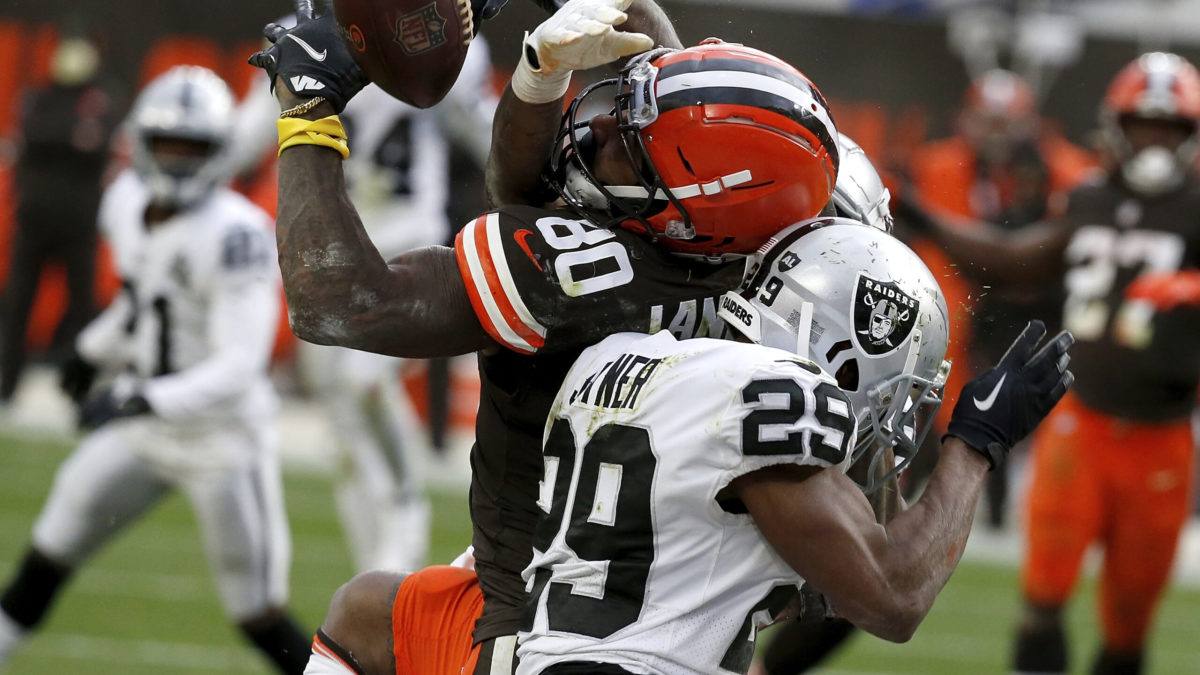 The Las Vegas Raiders cashed in on some Browns mistakes, controlled the clock and kept Cleveland out of the endzone on a cold and blustery day at First Energy stadium and posted a 16-6 win over Kevin Stefanksi’s squad.

The Browns fumbled once, dropped at least 3 passes, missed a field goal, lost the time of possession battle to Vegas by 15 minutes and committed 7 penalties.

Also, starting defensive end Myles Garrett was limited in the game because he suffered a knee injury early on and will have an MRI on the knee tomorrow.

Baker Mayfield struggled to throw in the windy conditions, completing only 12 of 25 passes for 122 yards, no touchdowns and no interceptions. Kareem Hunt was held to 66 yards on 14 carries in the loss.

Josh Jacobs was the workhorse for the Raiders, running it 31 times for 128 yards. The only touchdown of the game was a David Carr pass to wide out Hunter Renfo in the 4th quarter.

The Browns saw their record fall to (5-3) and have their bye week next Sunday. Cleveland’s next game is at home on Sunday, November 15th against the Houston Texans.