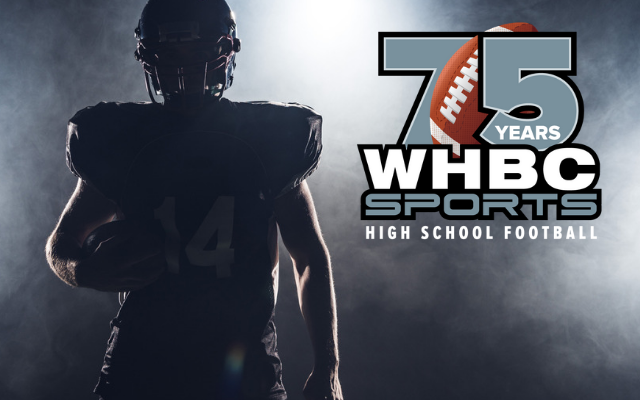 “We are very proud of the rich heritage High School Football and WHBC share.  Our commitment to provide the best coverage in Northeast Ohio will keep us motivated for another 75 years.” stated Alpha Media Market Manager Larry Gawthrop.

The game of football has changed over the years, but 1480 WHBC has been the constant for this county and its many passionate communities. 1480 WHBC has always and will always be in the booth for the big games. Football in Stark County has been told through many voices over the years. From Jim Muzzy to Jim Johnson to Sam Bourquin. Now in present day where Dan Belford, Kenny Roda, Jon Bozeka and many more at the station tell the scholastic stories of Stark County.

The 75th anniversary will be highlighted with “Where Are They Now” vignettes, “The Playmaker” podcast and the choosing of a 75th Anniversary All Time Team by listeners.

The 75th Annual WHBC High School Football Awards Banquet will be held at Skyland Pines on November 21st.  The keynote speaker will be Jim Tressel.

With this being the 75th year of coverage, WHBC plans to reach every part of the county with key games each week. Our coverage will start on a Thursday this year at Canton Central Catholic, as the battle of 13th street will happen in week one between Central and Perry. Then our regular season coverage will wrap up at Tom Benson Hall of Fame Stadium during week ten at 2pm with the 130th meeting of Massillon and McKinley.

Other key match-ups we will cover this year include:

1480 WHBC Sports looks forward to telling you stories of the past, present and future this upcoming season. The 75th year is going to be a special one.  Tune in for every run, pass and kick. For more information, visit www.whbc.com and/or www.WHBCsports.com throughout the season this fall.