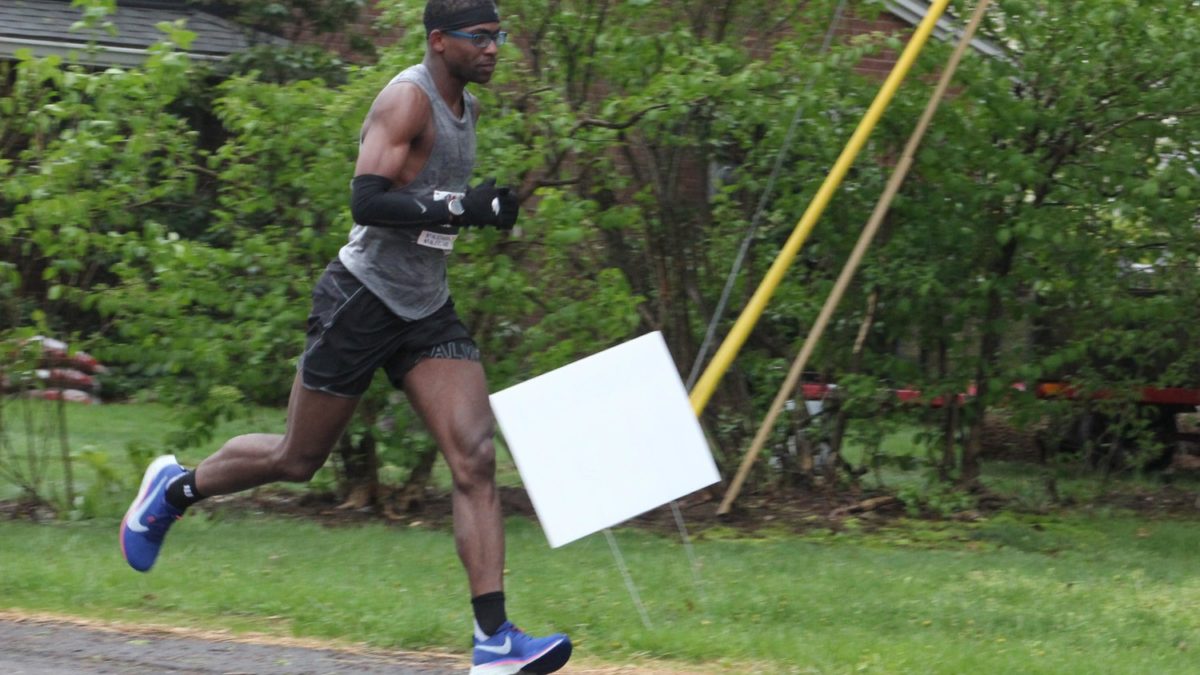 (WHBC) – Thousands of runners took to the streets for the Pro Football Hall of Fame Marathon on Sunday morning.

The first runner to cross the finish line at Tom Benson Hall of Fame Stadium was Verrelle Wyatt, of Stow.

WHBC’s Kenny Roda caught up with him afterwards and asked what it means to him to win the marathon.

“It’s amazing, it’s amazing when you know the director personally, Jim Chaney was one of my coaches in high school at Copley, so it’s an honor to be able to come back years later and still be running.”

He told Kenny that the cool, wet weather helped him run a faster pace because he didn’t have to worry about cramping.

The Roadman Kenny Roda caught up with the winner of the Hall of Fame Marathon Verrelle Wyatt.