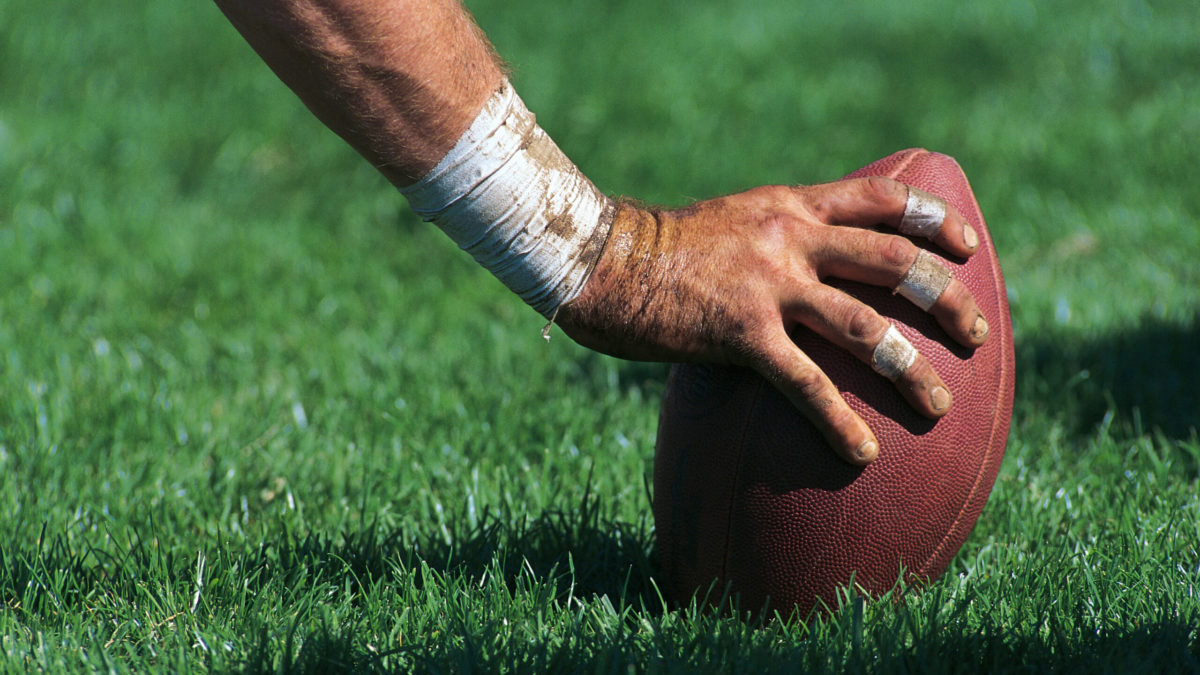 Week six (2nd half of the regular season) – are you kidding me? … took us to North Canton to see Hoover host McKinley. It was a big night all around as both teams were undefeated in the Federal League, plus Hoover was celebrating 100 years of football AND the 75th anniversary of Memorial Stadium. The weather felt like football season and both crowds were amped. Even though Hoover won 24-0 it was a very entertaining game with many great plays on both sides of the ball.

However, my topic this week is defense.  No, make that D-E-F-E-N-S-E!!!  Hoover recorded their 3rd straight shutout!  Yes, in an era when points are scored as often as Tom Brady receives a fan letter, the answer to my question, “Does anyone play defense anymore?” ends up being “Yes, North Canton Hoover does!”

This was my first view of Hoover but I had heard from several football people in the area that their defense was crazy good.  They all talked about the defensive ends – Mike Shimek and Drew Logan. Boy, were they right?  These guys play with a motor that doesn’t stop and both have the quickness and strength to make plays at them as well as away from their side.  Both would be very good without the other but having a playmaker on both sides of the defensive line, prevents an offense from running away from just one of them. Both of these guys had great games Friday night, spending a lot of time in the Bulldog backfield and more often than not, both getting in on the tackles for loss and sacks.  What a tandem!

But, let’s not think they are the only strength to this defense.  Without good defensive tackles, an offense could take advantage of their upfield aggressiveness and run inside of them. And without good linebackers an offense could use backs and tight ends to help double team block them. Add to that defensive backs that can cover and tackle and you have the whole package. A great defense!

I was a quarterback my whole life.  I love offensive football especially the pass game and scoring lots of points.  But, even I admit it was really fun to watch this Hoover defense. They play with passion and energy.  Congrats to the coaches and players for putting in the hard work to develop something so dynamic as this year’s defense at Hoover HS.  I do not envy the offenses that will face this team the rest of the season.  Can they continue the shutout streak of three?  I am not betting against them.