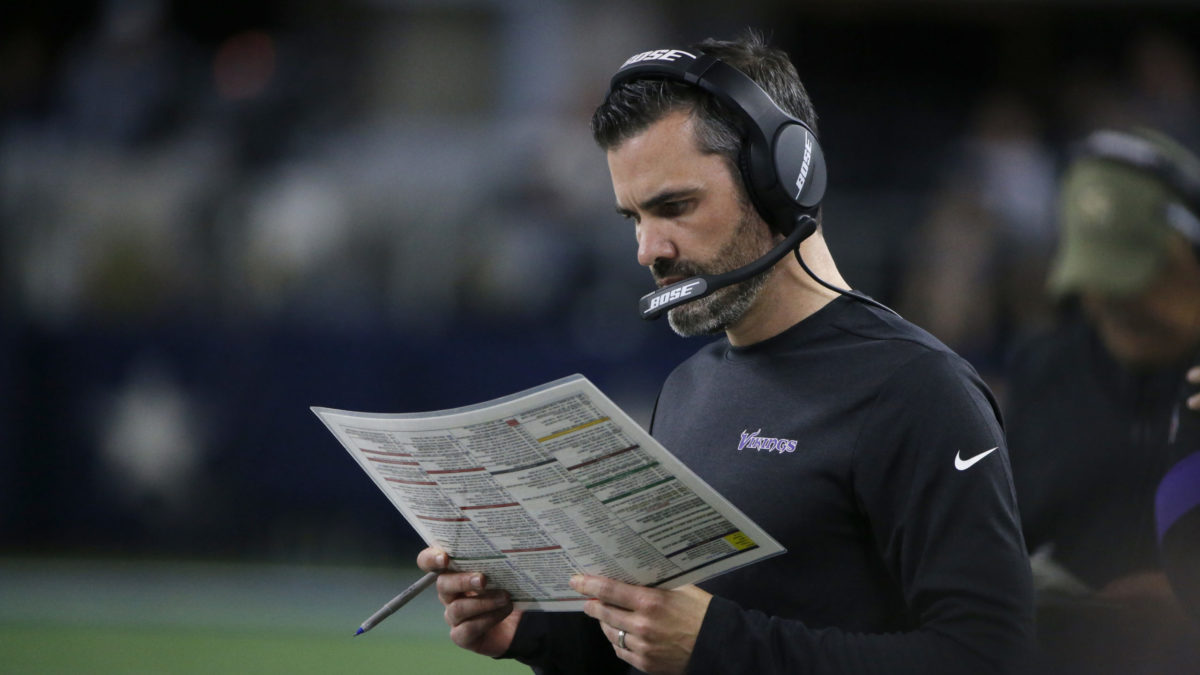 This move follows the Vikings 27-10 loss in the playoffs to the San Francisco 49ers on Saturday.

Stefanski has spent the past 14 seasons as a member of the Vikings staff. He was hired as an assistant to the head coach (Brad Childress) in 2006 after serving as assistant director of football operations at the University of Pennsylvania the year prior.

From 2009 to 2018 Stefanski served as a position coach, looking over tight ends, running backs and quarterbacks during that time period until he received his first opportunity to be an offensive coordinator mid way through the 2018 season.

In his first full year in charge of an NFL offense, Stanski helped construct the Vikings offense into becoming one of the best in the league. The Vikings finished the 2019 regular season ranked eighth in scoring. Three areas where they shined the most were in rushing (6th), sacks (5th least) and interceptions (3rd least).

Considering both the Browns strengths and weaknesses in 2019, Stanski may be an ideal fit. His ability to establish the run game should mesh well with pro-bowl running back Nick Chubb while his ability to protect the quarterback and put him in position to limit turnovers should allow Baker Mayfeild to take the next step in his development process.

Stefanski’s offensive mind was on full display during Minessota’s wild card wild weekend victory over the New Orleans Saints. His gutsy play calling allowed the Vikings to drive down the field and win the game on their first possession in overtime to stun the NFC South Champion Saints on their home turf.

Stefanski becomes the 12 head coach (10 hires and two interim) since the franchise re-activated under new ownership in 1999. He replaces Freddie Kitchens who was fired after going 6-10 in his first and only season, with a Browns roster that had notable talent.

No Browns head coach has had an overall winning record during their tenure since Marty Schottenheimer went 44-27 from 1984 through 1988. Stefanski will look to change that.

While a winning career would be ideal, the first step is a winning record, something the Browns have not had since 2007. However, with weapons like Mayfield, Chubb, Odel Beckham Jr and Jarvis Landry on offense accompanied by Myles Garrett and Denzel Ward on defense, the Browns once again have potential.