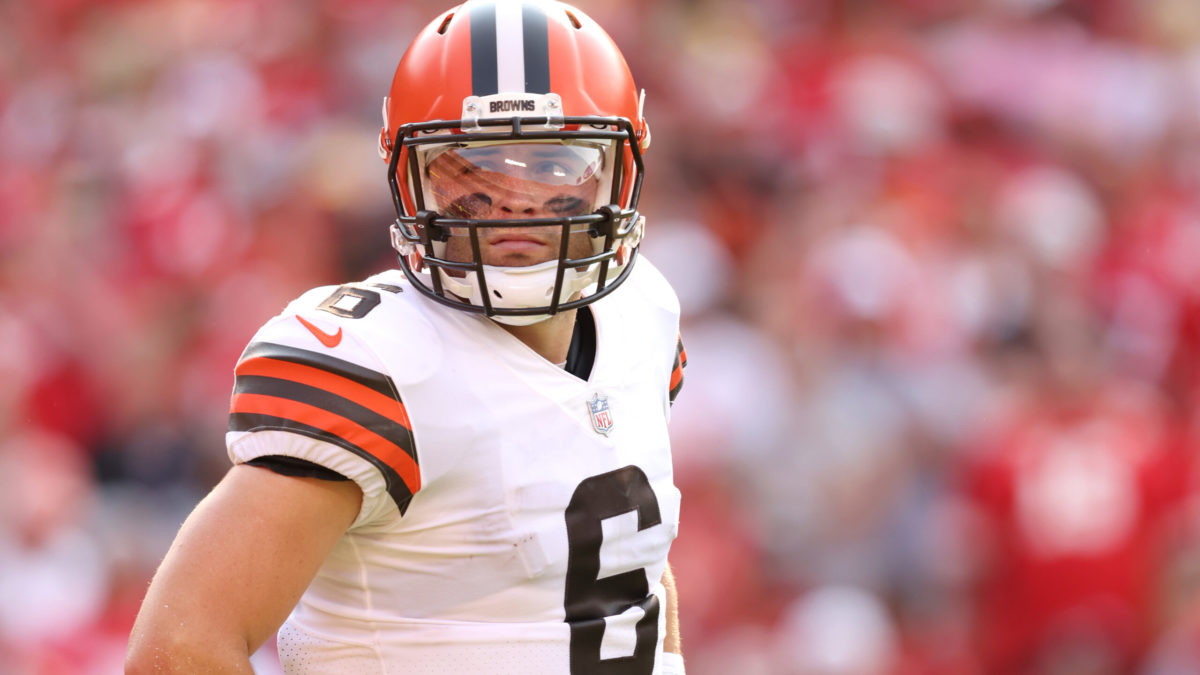 The Browns blew a 22-10 halftime lead in losing to the Chiefs in Kansas City Sunday 33-29.

After a near perfect first half in which Nick Chubb scored twice and Jarvis Landry once, the Browns turned the ball over two times in the second half and also had a costly bobbled snap on a punt by Jamie Gillian that led to a K.C. touchdown allowing the Chiefs to outscore Cleveland 23-7 in the second half to win the game.

Baker Mayfield’s late fourth quarter interception near midfield sealed the win for the Chiefs. Mayfield finished the game 21 of 28 for 321 yards but no touchdowns and the costly pick.

Patrick Mahomes led the Chiefs in the come from behind victory by throwing for 3 scores and running for another. He finished with 337 yards passing.

Chubb rushed for 83 yards and those 2 touchdowns, while fellow running back Kareem Hunt scored a touchdown and a two-point conversion.

Next up for Cleveland, a home game Sunday at 1pm against the Houston Texans who are (1-0) after beating Urban Meyer’s Jacksonville Jaguars 37-21.