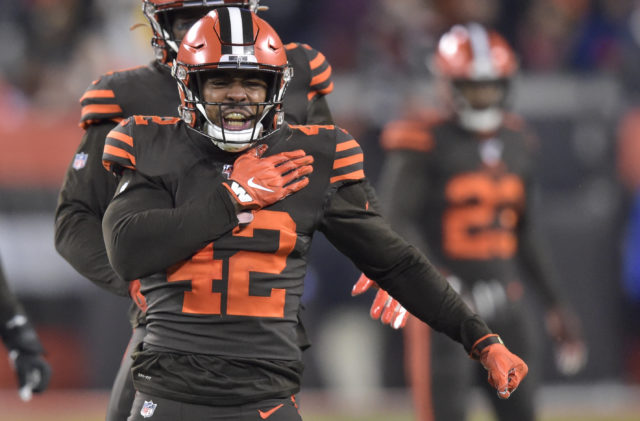 CLEVELAND (News Talk 1480 WHBC) – This afternoon the Cleveland Browns announced that they will be parting ways with veteran safety Morgan Burnett.

In his 11th season in the league, Burnett started eight games for the Browns in 2019. He finished the year with 41 tackles, two sacks, two passes defended and an interception.

His season came to an unexpected end in week 11 when he suffered an Achilles injury in Cleveland’s win over the Pittsburgh Steelers.

Hunt is a restricted free agent which allows him to negotiate with other NFL teams. However, the Browns have the right to match any offer that he receives.

If Cleveland declines to match the offer, they would receive a second-round pick from the team that signs him.

Meanwhile, exclusive rights free agents have the option of signing their tender or sitting out the season.