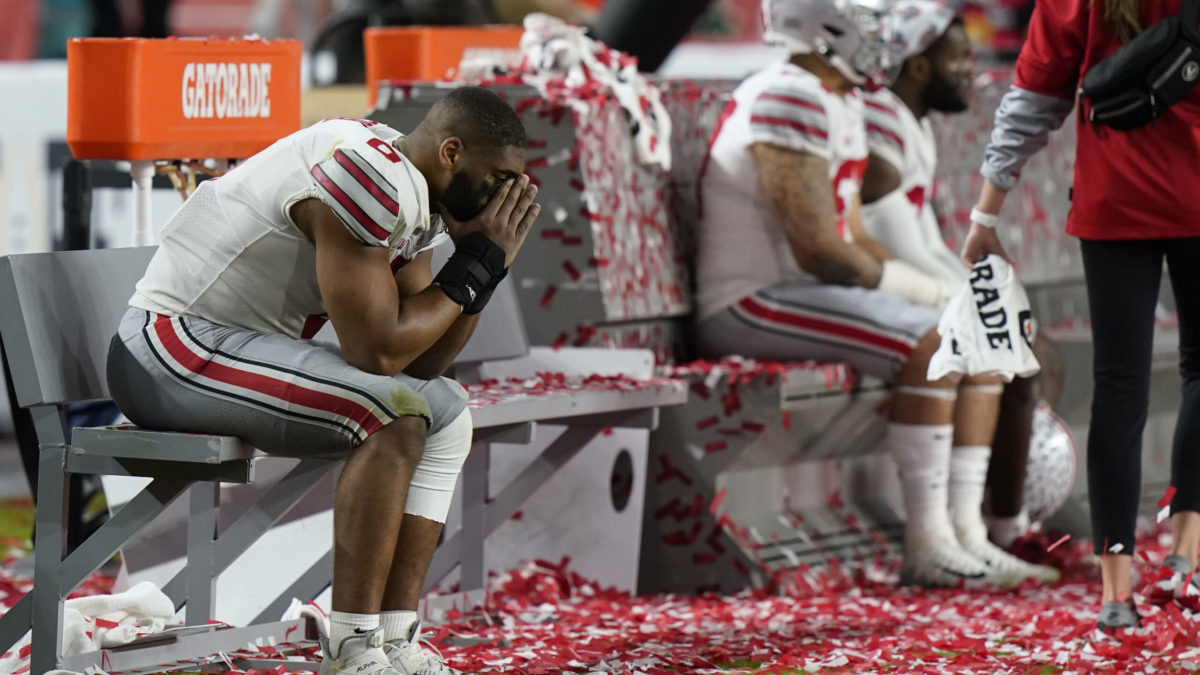 Buckeyes Beaten And Battered By Bama In Title Game

The Alabama Crimson Tide are college football’s National Champions for 2020 as they destroyed the Ohio State Buckeyes in the title game last night in Miami 52-24.

Heisman Trophy winner, wide receiver DeVonta Smith did in OSU single-handedly catching 12 passes for 215 yards and 3 touchdowns all in the first half. Smith probably would’ve put up bigger numbers, but he left the game in the third quarter with a hand injury and did not return, but he was named the game’s offensive MVP.

Alabama quarterback Mac Jones outplayed Ohio State quarterback Justin Fields as Jones threw for 464 yards and 5 touchdowns in the win.  Fields barely completed 50% of his passes for only 193 yards and 1 TD.

While Fields obviously wasn’t 100% healthy, the Buckeyes also lost starting running back Trey Sermon on his first carry of the game to a shoulder injury.

For Tide head coach Nick Saban, it was his 6th national title at Alabama and 7th overall, the most now in college football history.

For Ryan Day, it was only his 2nd loss as the Buckeyes head coach as OSU finishes the pandemic season at (7-1).