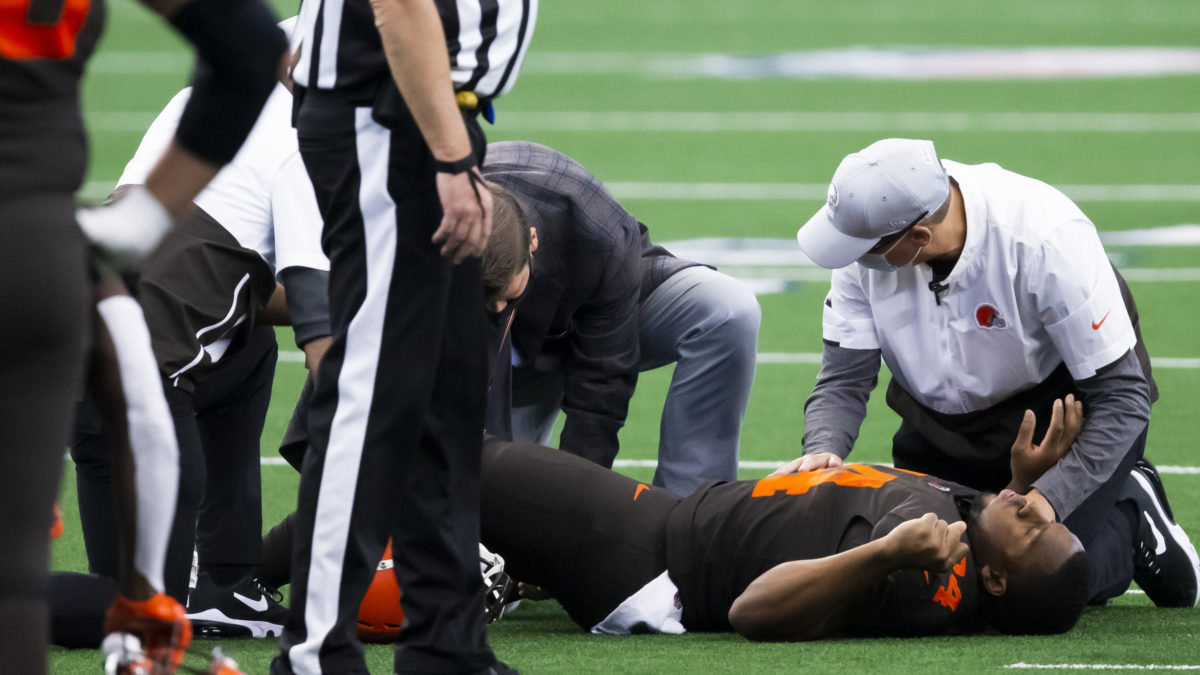 Browns running back Nick Chubb is expected to miss several weeks due to an MCL sprain to his right knee suffered in yesterday’s 49-38 win over the Cowboys.

Head coach Kevin Stefanski said the team will put him on the injured reserve list, but that they do expect him back at some point this season and it looks like he won’t need surgery. By going on I.R. Chubb will have to miss at least 3 games.

ESPN’s Adam Schefter is reporting that Chubb could miss up to 6 weeks with the injury.

Chubb, one of the top running backs in the NFL, was hurt while pass blocking in the first quarter of  Sunday’s win at Dallas.

He leads the team in rushing with 335 yards and 4 touchdownsKareem Hunt, who is battling a groin injury, but played and filled in for Chubb yesterday, should step in and be the starter when the Browns host the Colts this  Sunday, October 11th.