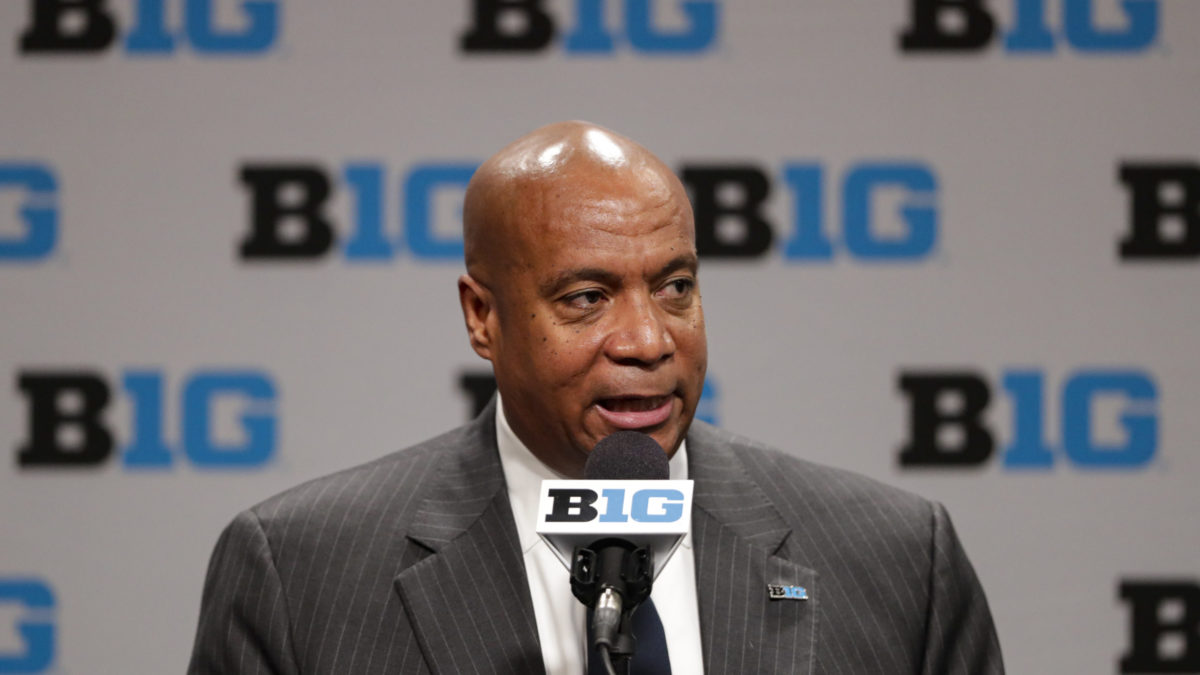 Football Is Back In The Big Ten

The Big Ten presidents voted unanimously to restart the football season the weekend October 23 and 24th.

Here are notes and thoughts from WHBC’s Kenny Roda taken from today’s Big Ten press conference which was broadcast live on the Big Ten Network:
After shutting down the season back on August 11 because of the coronavirus pandemic, the Big Ten Conference has decided to reinstate the football season and it will begin the weekend of October 23 and 24th.
What changed from August 11th to Sept. 16 – Major Medical Advances!
Daily Antigen Testing will be done for all student athletes, coaches & anyone on the field starting at the latest September 30th & a better handle & understanding of Myocarditis with tests to be given should a player test positive for Covid.
The Big Ten Return to Competition Task Force was a big factor in getting this done.
The Return to competition has been all about health & safety. Responsibility will be a big factor from the student athletes moving forward.
Daily testing will begin at the latest September 30. Test results must be completed and recorded prior to each practice and game. Student athletes who test positive will have to undergo comprehensive cardiac testing to include labs and biomarkers, EKG and echo cardio gram and cardiac MRI‘s.
A lot of the onus now is on the players not to screw this up and follow the strict protocols so they and their teammates can continue to play.
Commissioner Kevin Warren said (paraphrasing)- all along we wanted to safely return our student athletes to competition. That was our only goal over the last 40 days.
Football Schedules:   There were 4 different schedule models put together & the one that was selected was:
-8 games plus 1
-So the Big Ten championship game will happen. But also that weekend, the #2 seeds in each division will play each other, the #3 seeds will play each other & so on through the #7 seeds to create that 9th game for everybody in the Big Ten.
It’s a real possibility for the Big Ten to have a team play in the College Football Playoff and the all the traditional bowl games, but it must be voted on by the College Football Playoff committee to allow the Big Ten back in this year.
Urban Meyer  shared these thoughts from a coaches perspective and the challenges all Big Ten coaches will have.
-Fundlementals will be key!
-Tackling, blocking & ball security
-How do you get your team ready for contact over the next four weeks? Huge Challenge!
-Younger & more inexperienced players would need more reps & contact drills, while returning players with experience – you can hold them out some so they don’t get hurt.
What is different today than what we had on August 11?
Per the Big Ten – “When the facts change, our minds change” and that’s why this decision was made after originally postponing the season until at least January 1st.
-The ability to test consistently & uniformly & every day & respond to that.
-A data driven approach, test positivity rate of each team.
-Other testing for cardiac issues due to the concern of myocarditis.
Dr. James Borchers OSU – Football Team head physician – In medicine we often pause and we discuss and gather information for a path forward based on the evidence. (Paraphrasing)
The student athletes will have to be leaders not only in the sport they play but at the school they are attending it on the campus is that they walk
Daily Rapid Antigen Testing with teams and then follow up testing if someone tested positive for the coronavirus.
21 day time out/quarantine if a player tests positive so they can do cardiac testing as well as be cleared from having the coronavirus.
This will be done to get an athlete safely back to competition and not affect his teammates.
Fans?
No fans in general, but maybe a campus by campus basis for family members, but no public sales of tickets.
Stay Positive, Test Negative!