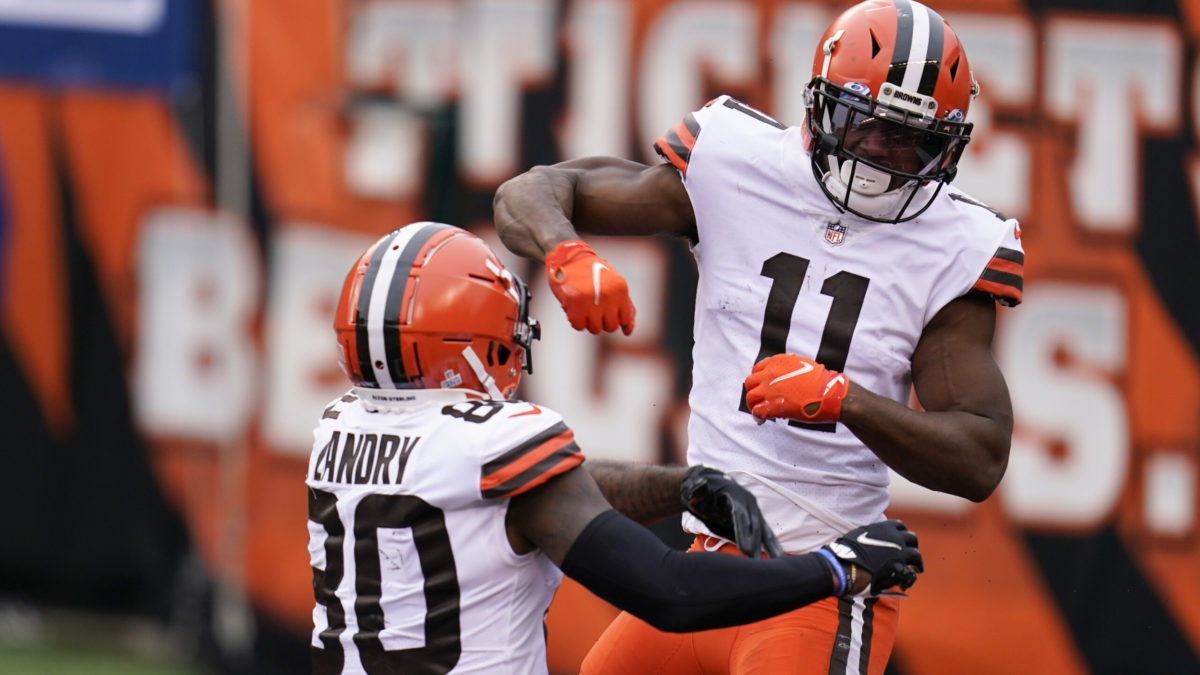 BEREA, Ohio — The Cleveland Browns have made the following roster move:

Landry joined the Browns via trade in 2018 and led the team in receptions in each of his four seasons in Cleveland. Originally a second-round pick by Miami in 2014, he was selected to five consecutive Pro Bowls from 2015-19. During his four seasons with the Browns, Landry recorded 288 receptions for 3,560 yards and 15 touchdowns, while adding 120 rushing yards with four touchdowns and 137 passing yards with one touchdown. He is the only player in NFL history to record at least 70 receptions in each of his first seven NFL seasons. Landry was named the Browns 2019 Walter Payton Man of the Year.

“The trade for Jarvis Landry in 2018 was a key moment for our organization. Jarvis’ on-field production and fiery competitiveness speaks for itself, but his leadership and team-oriented attitude impacted our culture in a way that will last in time even beyond his release. These decisions are always difficult, but we wish Jarvis well and we look forward to the day when he returns as a storied Browns alumnus.”