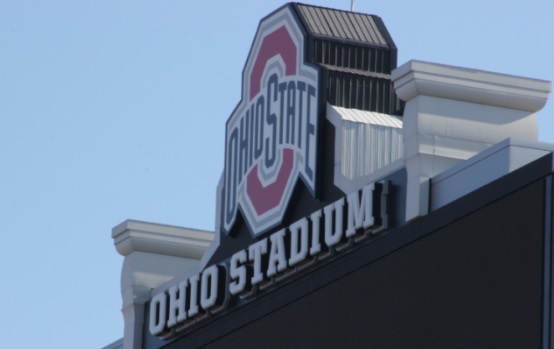 COLUMBUS, Ohio – Three Ohio State Buckeyes – safety Mike Doss, linebacker James Laurinaitis and offensive lineman Chris Ward – are among 78 players who will be on the ballot this year for enshrinement into the College Football Hall of Fame Class of 2021.

Doss’ name will appear on the ballot for the first time while Laurinaitis is in his second year and Ward his fourth. Each school is allowed a maximum of three nominees on the national ballot after passing through a regional round of voting. Minimum requirements for enshrinement included earning first team All-American honors during his career, being at least 10 years removed from his college career and no longer being active playing professionally.

A total of 26 Buckeyes have been selected for the College Football Hall of Fame. The most recent was running back Keith Byars, who was announced as part of the Class of 2020 in March and will officially be enshrined in December.

Doss and Laurinaitis are two of only eight players in program history to earn first team All-America honors three times in their respective careers. Doss recorded 331 total career tackles and capped his career by being named the 2002 Big Ten Defensive Player of the Year while leading the Buckeyes to the national championship. A native of Canton, Ohio, Doss started 40 of the 50 games that he played in from 1999-2002 and had eight interceptions, eight fumble recoveries and six sacks. He was inducted into the Ohio State Athletics Hall of Fame in 2011.

Laurinaitis totaled 375 tackles from 2005-08 and won both the Bronko Nagurski Award (nation’s top defensive player) and the Butkus Award (nation’s top linebacker) during his career. Twice the Big Ten’s Defensive Player of the Year, Laurinaitis helped the Buckeyes win at least a share of four Big Ten titles and appear in back to back BCS National Championship games. He was a member of the Ohio State Athletics Hall of Fame Class of 2018.

Ward, one of Ohio State’s greatest offensive linemen, was a two-time first-team All-American at tackle (1976 and 1977) and a first-team All-Big Ten selection in each of his three years as a starter. He played on four Big Ten championship-winning teams while also blocking for Archie Griffin when he won the second of his back to back Heisman Trophies in 1975. Ward was the fourth overall selection in the 1978 NFL Draft by the New York Jets and had a seven-year professional career. He was inducted into the Ohio State Athletics Hall of Fame in 1989.