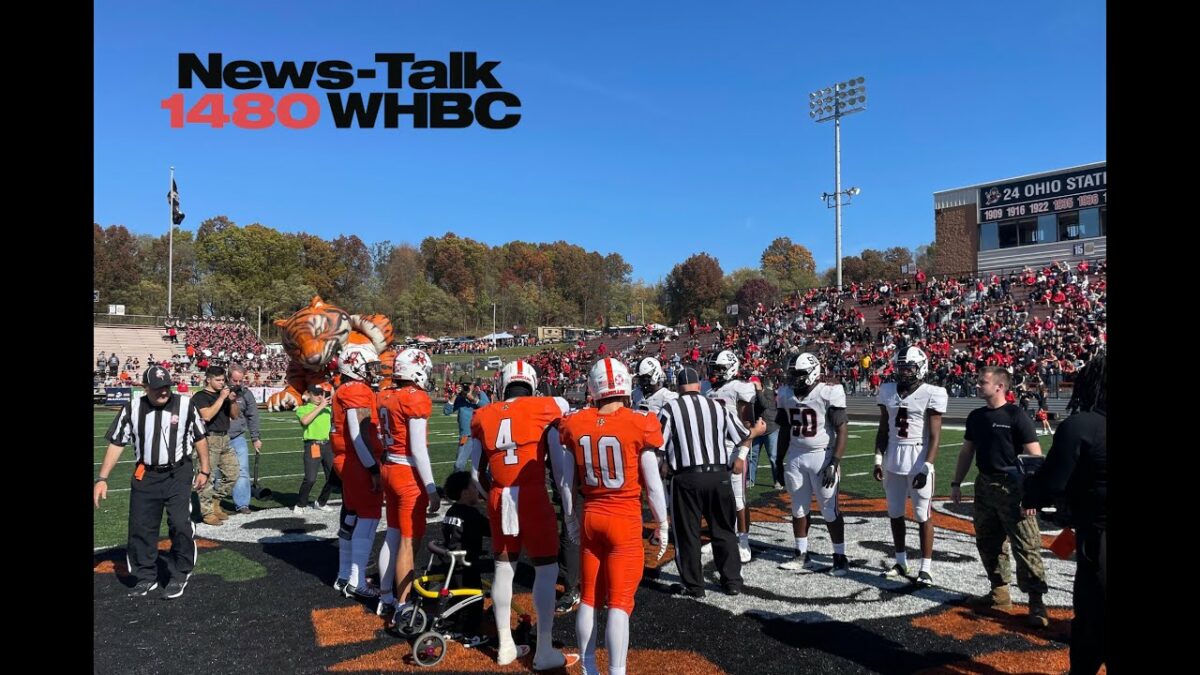 The end of the regular season is here and Stark County High School Football week 10 was one to remember. We recap all the action below.

The Fairless Falcons(8-2), CVCA Royals(7-3), Orrville Red Riders(6-4), Northwest Indians(7-3) and Canton South Wildcats(7-3) will all be hanging a banner as co-champions in the PAC7. This  co-championship is particularly important in Canton South, as the Wildcats haven’t won a conference championship in football in 59 years. Canton South was committed to defining their culture in excellence and this championship shows that the process is working.

Across the Federal League, rivalry games lived up to the hype on Friday night. The Hoover Vikings(7-3) were able to pick up a 14-7 win thanks to their defense over the Jackson Polar Bears(5-5). The GlenOak Golden Eagles(4-6) built up momentum and confidence as they head to the playoffs with a 28-21 victory over the Perry Panthers(4-6). The Lake Blue Streaks(9-1) were firing on all cylinders in a 55-7 shellacking of the Green Bulldogs(4-6).

Beasts of the East

The Eastern Buckeye Conference is home to two of the area’s hardest hitting teams in the West Branch Warriors(9-1) and the Alliance Aviators(8-2). West Branch’s high powered offense put up 48 points in their win over the Salem Quakers(6-4). Alliance also picked up a win as they took down the Marlington Dukes(1-9), 41-14.

It happens every year in week 10 of Stark County high school football. The latest chapter in The Rivalry played out in the usual way, with the Massillon Tigers(8-1) defeating the Canton McKinley Bulldogs(5-5). Early defensive mistakes put Canton behind and for all of their efforts, the Bulldogs just couldn’t catch up to the Tigers. This puts the all time record at Massillon 75 wins, Canton with 54 and 5 ties. McKinley vs. Massillon 2023 will likely be October 27th at Tom Benson Stadium. WHBC Sports was able to catch the game day experience.