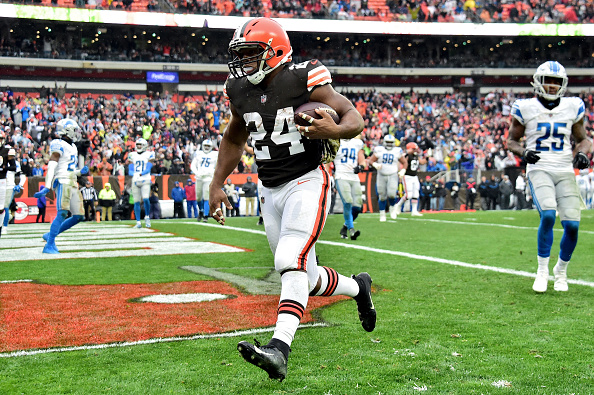 Despite missing an extra point and a field goal, committing 10 penalties, giving up a 57 yard touchdown run and almost blowing a 13 point lead in the second half, the Browns held on to defeat the winless Lions at First Energy stadium in Cleveland Sunday 13 to 10.

Nick Chubb was the difference in the game, as the Browns running back ran for 130 yards on 22 carries and also caught a 5 yard touchdown pass from Baker Mayfield.

Jarvis Landry scored Cleveland’s other touchdown on a 16 yard run out of the “Wildcat” formation.

Mayfield, playing with various injuries, was inaccurate and played poorly, completing just 15 of 29 passes for 176 yards, 2 interceptions and the 1 td toss to Chubb.

The Browns defense did come up with 2 turnovers as Denzel Ward and Malcolm Smith each had interceptions.

With the victory the Browns improved to (6-5) on the season and will play at first place Baltimore next Sunday night.