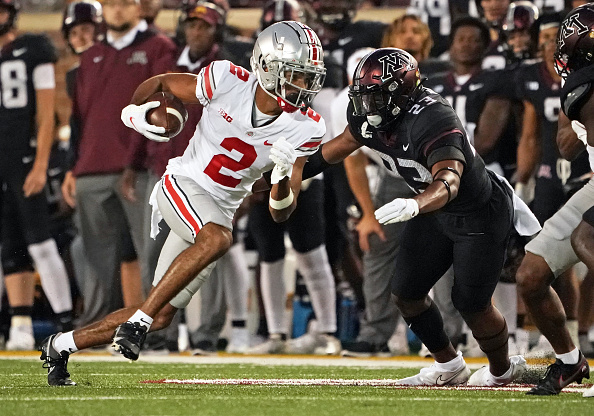 This Saturday the Buckeyes welcome in what will be their toughest opponent thus far. After thrashing Purdue, the College Football Playoff’s #4 ranked team welcomes the #7 ranked team in the  Michigan State Spartans. While the rankings speak for how good a matchup this will be, the surrounding storylines hold even more meaning.

The Rivalry – Mid way through the 2010’s, it seemed Michigan State would be a thorn in the Buckeye’s Side. A 2011 win in the shoe, beating the Buckeyes in the 2013 Big Ten Title, and ruining a back to back CFP Title run in 2015  was creating a small rivalry. Unfortunately for the Spartans, that win in 2015 was their last against the Buckeyes. Even without a win Saturday, the Spartans are back and hope to recreate a mini-rivalry with the Big Ten’s  top dog.