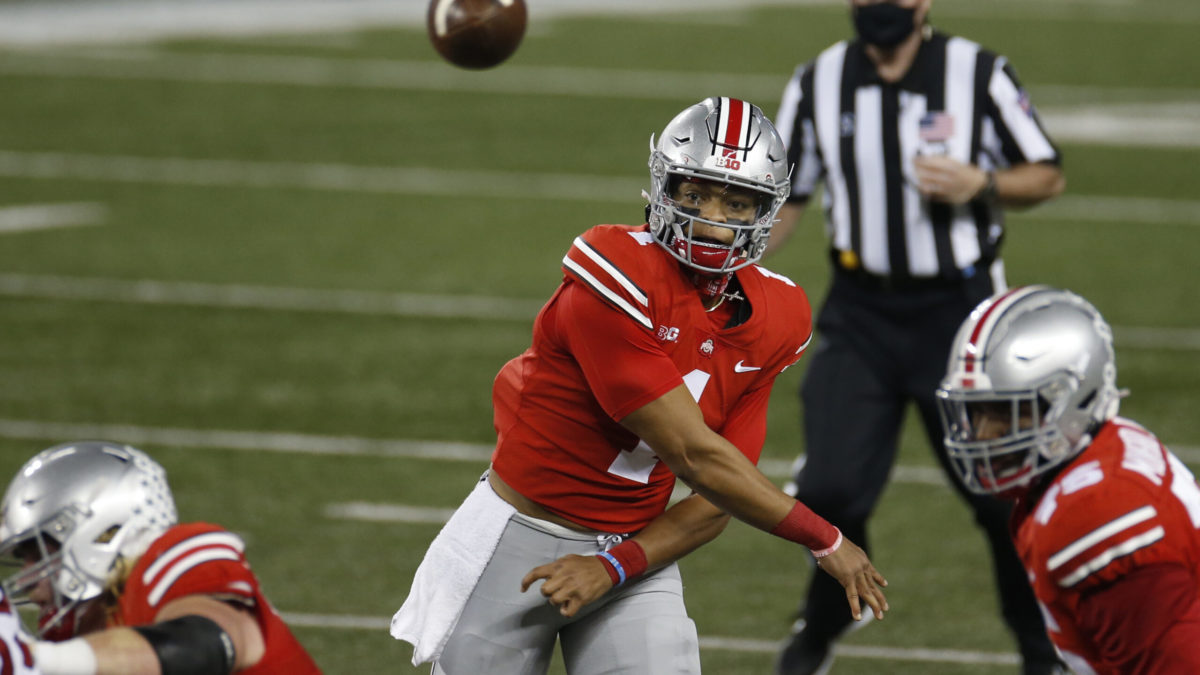 As expected Ohio State quarterback Justin Fields announced that he will be forgoing his senior year at O.S.U and entering the NFL draft. Fields made the announcement on Monday, a week after losing to Alabama 52-24 in the National Championship game.

Fields is projected to be a top 5 pick on most draft boards.

Former Massillon Tigers offensive lineman Thayor Munford announced Saturday that he has decided to take advantage of a special NCAA covid-19 rule, giving him an extra year of eligibility, and he will return for his 5th year. The Buckeyes starting left tackle had this to say on Twitter about returning to Ohio State:

“For four years I have been so close to lift up that(National Championship) trophy, but came up so short. We have to look into the future. With that said I am coming back for another year to achieve my goal and getting my degree that I have promise my family and myself that I will get … before I leave.”